Jayne is my #bff from way back. I learned recently that she takes really awesome photos of Eels, and couldn’t pass up on the opportunity when she gave me my next topic. So here were are counting down to the finish line with Eels as the topic for day twenty three.

(If you are joining Emmeline’s story today, welcome! It might help for you to begin here.)

On the edge of the woods. J R Manawa.

On the edge of the woods there was a cottage, and in that cottage lived a woman who was ageless. The times changed, and the world turned, and the wood became a graveyard. In her cottage the woman sat, all youth, and beauty, and age. She sat at her loom and wove a story with thread so fine you could only see it under moonlight.

Charon and Emmeline arrived at the cottage, with Pythia still leaning heavily on Charon’s arm. The old woman let them into the cottage first, and then came in behind them, hoisting the folds of her long grey dress over the threshold and closing the door tight behind her.

Inside the cottage was warm and welcoming. Warmth like Emmeline couldn’t remember feeling in quite some time, and she understood how cold she had truly been since the snow began to fall.

“Yes my dear, sit over here by the fire and let the warmth melt the cold in you,” she patted the arm of the couch that sat before the roaring open fire.

Emmeline sat down gratefully and sunk into the thick animal skins that were laid over it. She had almost dozed of completely when she opened her eyes to Pythia passing a mug of hot soup under her nose. Her face had shifted again, she was young and full of life once more, with only the earliest hints of smiling wrinkles in the corners of her eyes.

The soup smelt divine, a thick fish broth with root vegetables. It was earthy and rustic on her taste buds with very little seasoning. She had not realised how hungry she was, and her portion was almost finished before Pythia had even passed Charon his own mug.

“Would you like some more, dear?” she asked Emmeline with a laugh.

Charon smelt the soup and his eyebrows furrowed, “Eel?” he asked, as Pythia scooped Emmeline a second helping from the pot over the fire.

Emmeline’s eyes widened, but she said nothing as Pythia passed her a second, generous helping.

Charon saw the expression on her face and grinned as he took a seat on the couch beside her, “Have you ever had eel before, Emmeline?” he asked.

Not prepared to admit defeat, Emmeline put the cup to her lips and took a long sip, “Mmmmm yes, I love eel,” she replied, “how about you, Charon?”

He looked to Pythia out of the corner of his eye, and then back to Emmeline. “I shared an amazing kabayaki dish once with the most beautiful yōkai you have ever seen, in a little village outside of Shizuoka. So yes, yes I have tried eel before,” he took a sip, holding her gaze the whole time.

He swallowed slowly, clearly it wasn’t better than the kabayaki.

“I’m guessing her name was Jorogumo,” Pythia said, disgusted. She had sat down in the corner before a huge weaving loom, and was partway through weaving her silver hair back off her face and into a braid as she said this.

Charon actually smiled, “That wasn’t always her name,” he said.

Pythia shook her head at him.

“She did show me some pretty clever tricks with the way humans fear spiders,” he said, reminiscing.

Even though Emmeline knew he hated her, she still felt pangs of jealously in her stomach at these fond memories of a beautiful Japanese woman. Swallowing her unreasonable feelings, she sat in silence and sipped her soup until all that remained was the slivers of eel and a few chunks of parsnip in the bottom of the mug.

While she sipped her soup, Charon asked Pythia questions, and Pythia began to weave a pale grey thread into her loom. He told her about everything that had happened so far. It turned out she had not seen Charon since before Emmeline was born. Emmeline’s grandfather and Charon’s father had made a pact to keep Emmeline safe and hidden from her father. Pythia did not know why, she only knew that it had been done. Erebus had suspected that he would eventually be found, and if that happened, Geras was to take over and play the role of her grandfather.

The more Emmeline listened, the more embarrassed she became at how much her life had been a burden to people who had no real reason to care for her. Their acts seemed so selfless, and they weren’t even human. But Emmeline was convinced that both the creatures she had known as her father and her grandfather had loved her, and nothing could rob her of that belief.

“Did my grandfather do that same thing you do?” Emmeline interrupted suddenly, “shift age, I mean,”

Pythia smiled, and the wrinkles in the corners of her mouth disappeared, “No dear, Geras was always old. Even when he was young, he was old. That was just the way he was,”

Emmeline nodded. There were so many more questions  she wanted to ask about her grandfather, and her father too, but she was so tired.

Looking out the window, she could see that snow had begun to fall again, though it only appeared odd now because it was falling inside the boundaries of Pythia’s cottage, right outside the window. And the light of morning which shone in illuminated the dark black thread that Pythia had begun to weave, as Emmeline’s eyes closed and she drifted off to sleep. 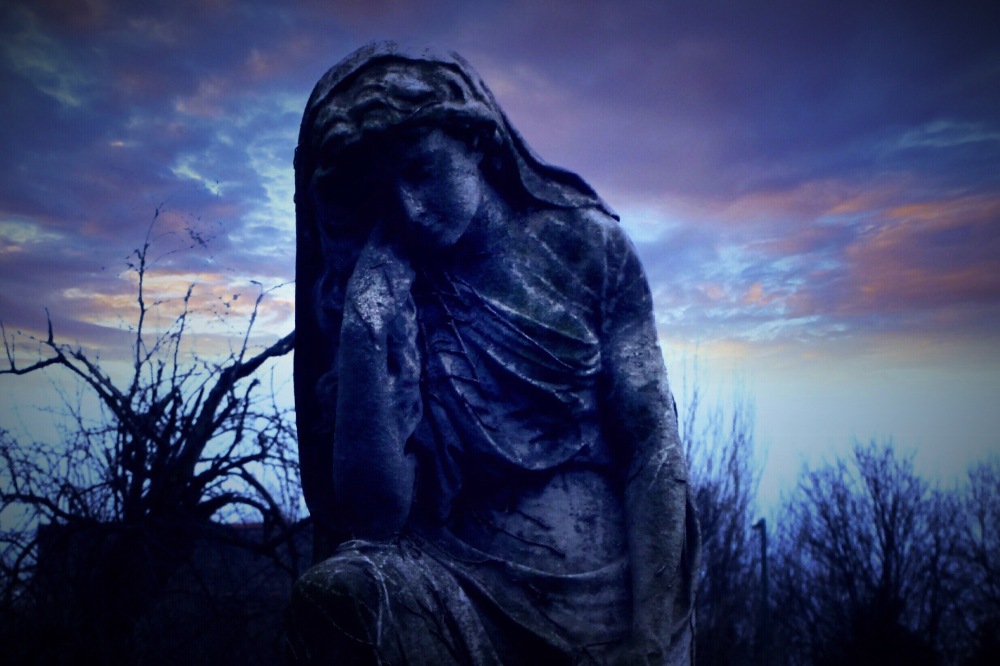