As the full moon returned this month, strangely, so did Jenny, although to tell you the truth, I wasn’t expecting to see her again.

In you. JR Manawa. 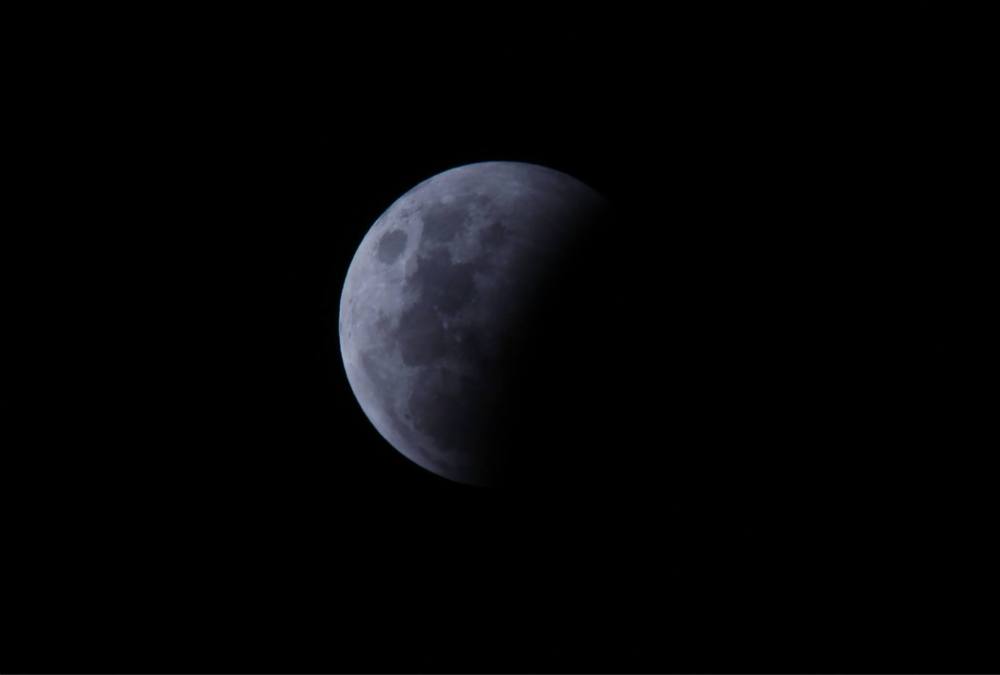 From the window to the mirror, Jenny’s eyes flickered. The window, the mirror. The moon, the madness.

She’d woken that morning with a chest covered in scratch marks. They were bright and rough and red, no matter how much she’d washed them. Tracing her fingers over them gently now, and watching her reflection with distant despair, she found herself wondering if this was how it always happened the first time. They were not clean lines and single marks, but ruts and scrapes and gouges like her desperate, subconscious, sleeping hope had been to dig something out of her own body.

And she understood the urge, she would dig it out if she could, but she was it. She was the monster she was trying to remove. She had run, she had hid, she had tried to ignore it, even tried to dig it out, as the aftermath of her sleep suggested.

Ouch. That one hurt. She pulled her finger away from the opening in her flesh, and looked up at her eyes, tired and sunken in her skull. There was an urge in her to sigh or even cry, but the urge was fading just as the daylight had.

Tonight the moon had risen early, her master intent on watching every moment of her fall.

With a last glance at the mirror she allowed one little sigh to escape before she zipped up the hoodie right to the top and pulled the hood down over her face. The plan was simple. Get as far away as possible, and fight it off for as long as possible. Taking one last sweeping look of the apartment, she observed distantly all the little things she had filled it with to make it feel like it was normal, like it was her own. It seemed like a movie set now, filled with props to trick the viewer it was real and lived in. The hair straightener balanced precariously on the edge of the dresser, probably still plugged into the wall. A disorganised array of necklaces – each once matching a different outfit – were draped lazily over the corner of the mirror. Clothing tangled and discarded over a pretty red corner chair. Bed sheets bunched to one side where clearly a body had lain in slumber, just one – Jenny had kicked the other one out two weeks ago, the boyfriend charade had expired its usefulness as soon as she had deuced that true love had not yet found her.

No, certainly not. Something else had found her. A deep, dark monster buried in the heart of her being, laced inextricably with the makeup of her existence, and it had finally raised its ugly head.

And the moon, the moon had found her too. She should have been ready. She should have done her research. Even if she had learned to control her emotional state and to shut out the urges of madness, nothing could prepare her for the power of the eclipse that would happen tonight. 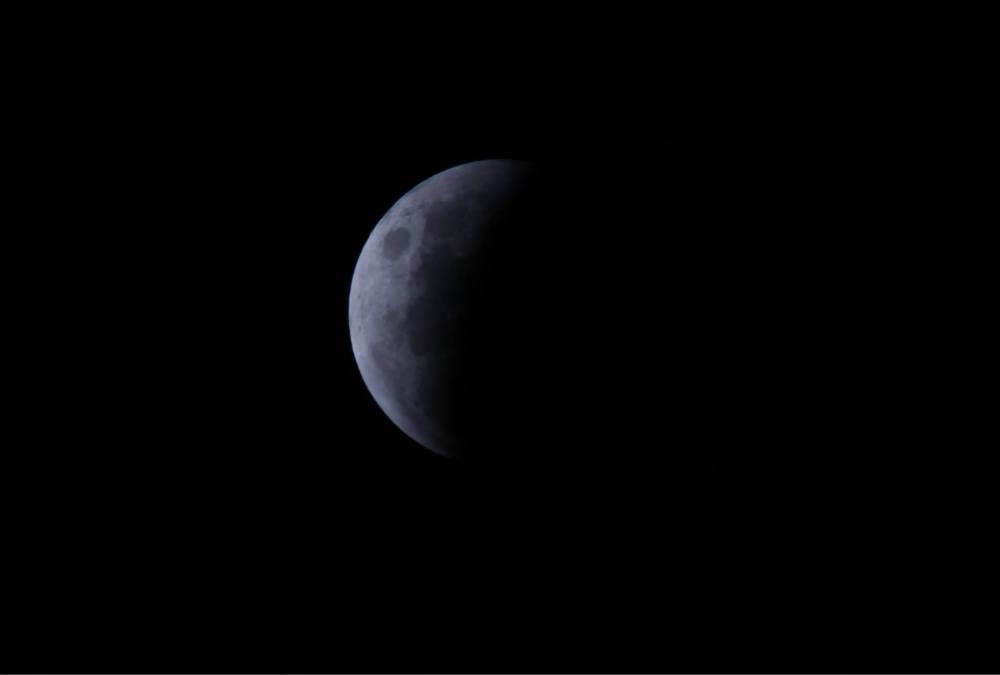 At the window now she found herself, watching the freshly risen moon. The shadow-and-pale orb locked half-lidded eyes with her. Nothing could break the gaze shared between them, least of all the thin, thread like clouds which slipped by its surface.

Jenny frowned with the weight of the urgency on her now, her movements were heavy with the kind of anticipation that churns the blood in center of your being from milk into butter. Where she had planned to close the window, draw the curtains and lock the door behind her, she now turned and left everything, even the door.

The moon was fading, falling into shadow, and she had run out of time. 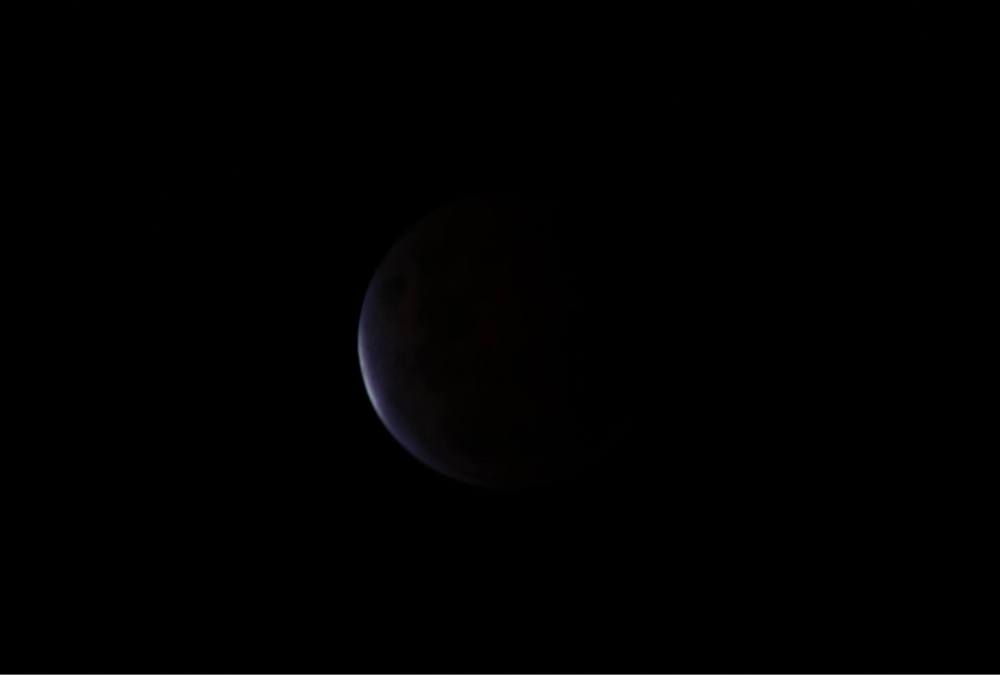 There was a deep pain growing in her jaw already, the kind that started inside your teeth, a hollow feeling of sweet radiating agony amplified by gravity, that ricochet up through her jaw and into her nerve endings. The ‘you need to see a dentist’ kind of pain. At least that’s how Jenny imagined it, though she had never been to a dentist. Every step she took, pain pounded up her nerves and flowered in intense blossoms over her brain.

She stopped running eventually, she had to. Then she stopped walking. Soon after, she stopped moving altogether. It wasn’t just her teeth, her whole body ached, her arms, her shoulders, her legs, and even her rocking caused the pain to grow explicitly. The change was coming too quick. 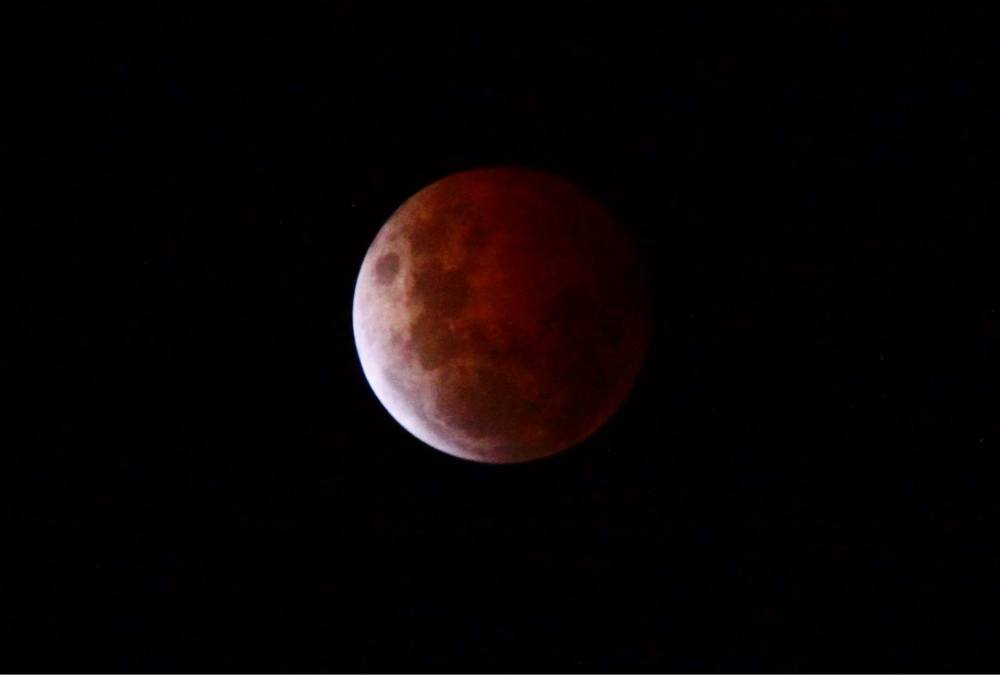 With no idea or care for where she was, and oblivious to the road and the late night traffic only feet away from her, she sat down on the kerb and hugged her knees as the fever grew, forcing her muscles into spasms. Rubbing her tongue over her teeth, it felt furry and foreign in her mouth. She pressed it into the grooves of her teeth, hoping to stifle or just muffle the pain. But it swelled and grew, like a fresh bouquet of white lilies under a moonlit sky, the pain opened further to bask in the light of the moon and her body writhed in it.

Jenny had hoped she’d last longer. Perhaps make it to twenty one even. That would have been a birthday to celebrate if only she were–

But that was just it, she ‘was’ nothing, and the ‘were’ in her was everything.

Her mother would be laughing at her now to know the end failure of her running, her attempt at living and loving like normal. Well, like human.

One thing she knew, for certain, she would not return to them. Not even when it took her over, if it did. Perhaps she could fight it off?

A further peel of pain rung through every fibre of her and she was lost in it for a moment. Her body pitched forward into the gutter, missing a lorry by inches. In her writhing, the only sane function she could perform was to press her hand to her mouth and silence the scream.

The moon began to bleed.

Dazed and abandoned by her learned humanity, Jenny rolled onto her back and watched the eclipse turn to blood on the pock-marked face of her master.

People began to gather around, alerted to her body in the gutter by the lorry which had pulled over.

“Someone get her up!” A young woman pleaded.

No no, don’t touch me please.

A cold hand brushed against her arm, muscles human-strong and thick, the lorry driver, “She’s burning up, hotter than my wife’s roast on a Sunday,” he said.

Oh, God no. He has a family. Get him away from me.

“Bring her up,” hands lifting her, so cold, and yet soft and feeble as a pound of butter, the skin against her flesh.

She needed to tell them to run. Anything. To get away. Why was she here? Was she so stupid, to live so close to them, and to remain here when the moon took her?

But so it was. Nothing could be changed now. 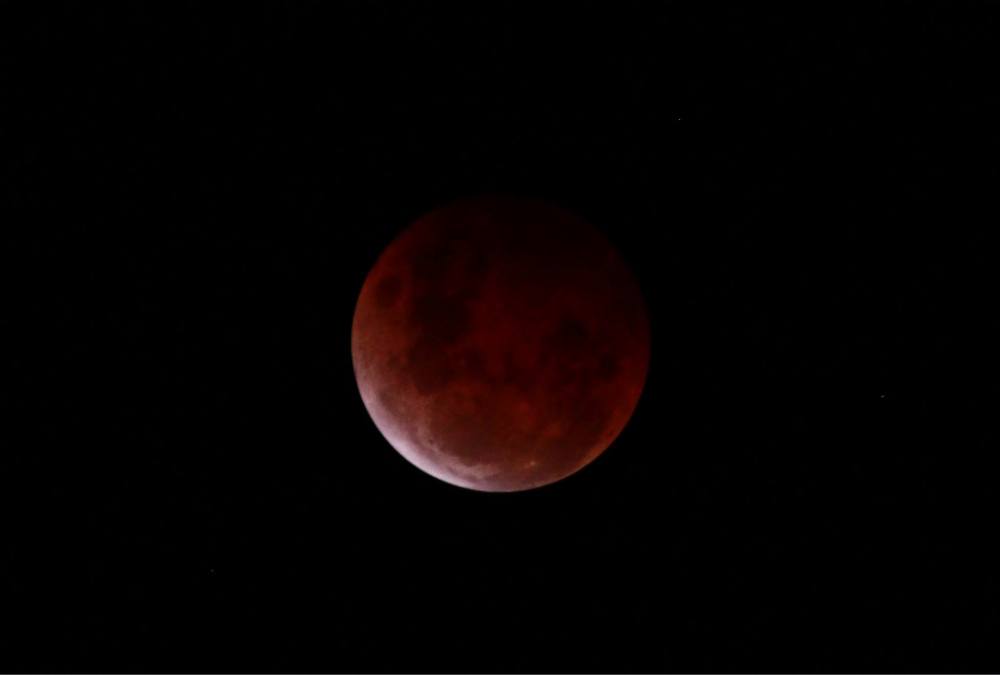 They had barely put her down when her weakened body fell into a deep seizure. The moon bled her last as the eclipse began to turn. Some of those nearby had turned their faces up to watch. In the shadow between lamp posts and trees where they were, the moon was light, and the warm ruddy glow of its momentarily reddened face was enough to cause wide spread distraction. But the lorry driver was still there, holding her head so gently in his hands so she wouldn’t thrash her skull on the pavement, and the girl that found her, clasping her hand in comfort even as it clawed out and the muscles contorted, tensed, shrunk, expanded. 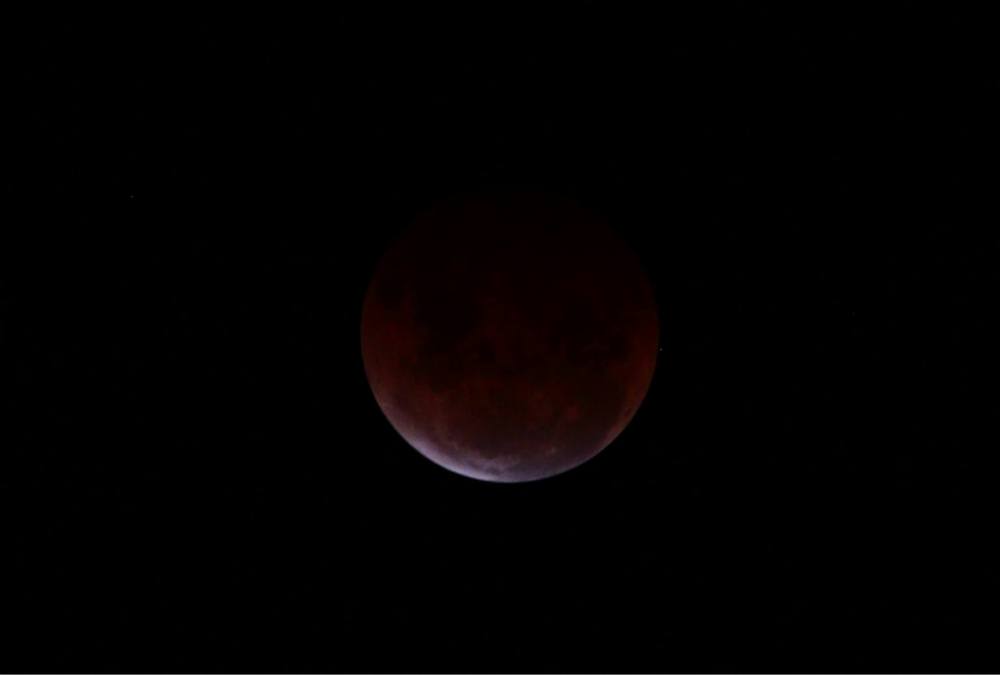 The shadows turned as the moon slipped into the shade of the earth once more.

Jenny stopped breathing. Her eyes rolled back into her head, and the world fell dark to the sound of screams. 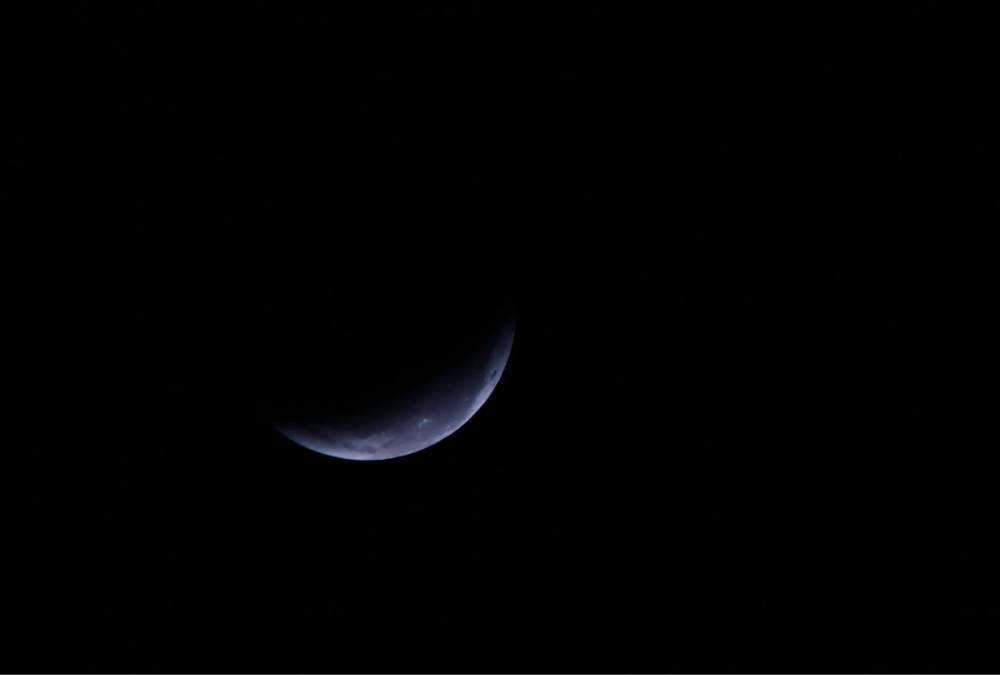 The people, they were all gone. She didn’t know where she was except for the fragrant whiff of an invisible trail that she followed now, and the moist spring of earth beneath the pads of her paws. And the taste of salt, thick liquid salt on her mouth, dripping down her muzzle.

A howl. A long guttural howl. No hands to hold it in. The wolf, she tripped in her subconscious rhythm and hunkered down on her forelegs into the soil. The pain should have gone, surely? And the humanity? Her mind, it was still there, now one with the wolf.

As she wiped her muzzle in the dew soaked grass, and the dew twinkled under the light of the moon until the red mingled with it and the heavy drops ran down the blades into the earth, she realised the pain was new.

The deep stabbing sense of regret that twisted in the center of her being was fresh, fresh like the blood on the grass.

Click here to read the first passage of Jenny’s story